Don’t Rent to Us

Kathleen and I have lived together for almost five years. We get along really well, we cohabitate peacefully, and we’ve remained close friends regardless of any typical roommate-related disagreements that may have come up.

When we first moved in together, we found a nice spot in the Fan. As with many Fan apartments, this one too was inundated with mice, mold, leaks, broken appliances, broken locks, drafty windows and warped doors. But we just chalked all that stuff up to the drawbacks of an old building as we laughed and hugged and told each other how much we liked living together.

And then we got the hell out of there before the roof collapsed in on us.

From there, we moved to an apartment building in Shockoe Bottom. You know, something more stable and up-to-date with more credibility and fewer rodents.

But somehow our complications still followed us.

And I’m not talking about minor concerns like an occasional light bulb replacement. I mean, major issues.

Our first order of business when we moved in: have a broken garbage disposal. Now, we know the rules of owning a disposal and we didn’t put anything suspicious in it. If that’s what you’re thinking.

It just kept breaking on its own. We’d have to plunge out its contents and wash them back down, then make a service request with the building maintenance crew. They’d fix it, and it would be fine for a little while, and then it would break again.

Finally they gave in, and installed a brand new disposal. It worked beautifully and we lived happily ever after.

“Whew, glad that’s been resolved and we can move on with our lives without having to think about any other household disturbances,” we both thought, like idiots.

Our pantry door was one of those stupid sliding/folding doors that was a horrible off-white color and made a nails-on-a-chalkboard scraping noise whenever anyone opened it. And as if all that stuff wasn’t bad enough, it would frequently pop off the door frame and flap freely into the kitchen like a flag in the wind.

After many maintenance calls, we finally figured out that we could just pop it back in ourselves.

Okay…that one was partially our fault.

Then there was the time we almost didn’t go to Europe because our kitchen flooded with white paint water as we were packing to leave.

While we sat on the floor of our dining room making the last minute additions and checks, we heard a steady drip of water coming from the kitchen. We got up to find our entire sink filled with this chalk-colored liquid, brimming over and spilling onto the floor in a manner as if it had no intention of stopping.

I assume it got resolved, though, because by the time we came home two months later, it didn’t do that anymore.

If you missed this piece about how we got kicked out of our last apartment, here’s your chance to read it. To summarize (but then go read it because it’s an absolute knee-slapper!): Our laundry room flooded approximately once a week for over a year. No matter what the maintenance crew did and no matter how many times they came to do it, the laundry room continued its debauchery. It led to mold, cracked floor tiles, warped floorboards, and many wet kitchen mats.

And don’t even get me started on the resulting cockroaches, as I might curl up into a ball of hyperventilation on my kitchen counter again.

In the end, we never saw this one the whole way through because our landlords politely moved us to a new unit so that they could fix the issue once and for all.

So, great! We’ve moved out of the cursed apartment and into a fresh start.

Or so we thought.

But just like when we moved out of the apartment in the Fan, our issues continued to follow us. But this time the issues graduated from minor annoyances to full-on malfunctioning appliances.

Unbeknownst to us, our entire refrigerator had shut down in the middle of the night amidst our slumber. So we set aside the food items that were salvageable, and broodingly threw away the rest. We made a less-than-friendly call to our management office, who, to their credit, took care of the issue promptly. We had a new refrigerator by the next day.

I won’t go into the tedious details of the rest of the fiasco. But I’ll just tell you that this exact circumstance happened two more times. TWO MORE TIMES.

Refrigerator breaks. We have to throw away our perishables. We call our landlords. They provide a new refrigerator. Repeat.

Finally, they wised up and realized that we couldn’t be trusted with just any old, used refrigerator. We needed a brand new one.

And so that’s what we got.

We started to notice that the front right burner wasn’t warming up very quickly, or getting as hot as the others. Eventually we noticed that it barely worked at all. And then we noticed that it was cold metal coils no matter how high the dial was turned.

So we informed our landlords.

I guess at this point they knew they just needed to cut to the chase when it came to us, because shortly thereafter, we came home and had an entire, brand new oven.

Perhaps that was a bit extreme. To be honest, I didn’t think one non-working burner was that big of a deal. But who can say no to a never-before-used flat top stove?

There’s not really a good story to this. I guess I could try to spin it in an interesting manner, but you get the idea at this point: after awhile, we began to observe that the appliance in question wasn’t working as well as it should have been. Then eventually it stopped working altogether.

And yesterday, we got word that we’re getting a brand new one.

Just as a disclaimer: Before you start thinking that it’s the quality of the apartment building itself and not us that’s cursed (because, yes, we thought this too), we became aware that none of our neighbors have had as many home-related problems as we’ve had. But at least our curse comes with new stuff.

So, to the River Lofts management team and leasing office: I’m sorry you ever decided to rent to us, and I know you’re sorry too. But if you wouldn’t mind hurrying it up with that dishwasher already, that would be great. I’m just really tired of hand-washing everything, okay? 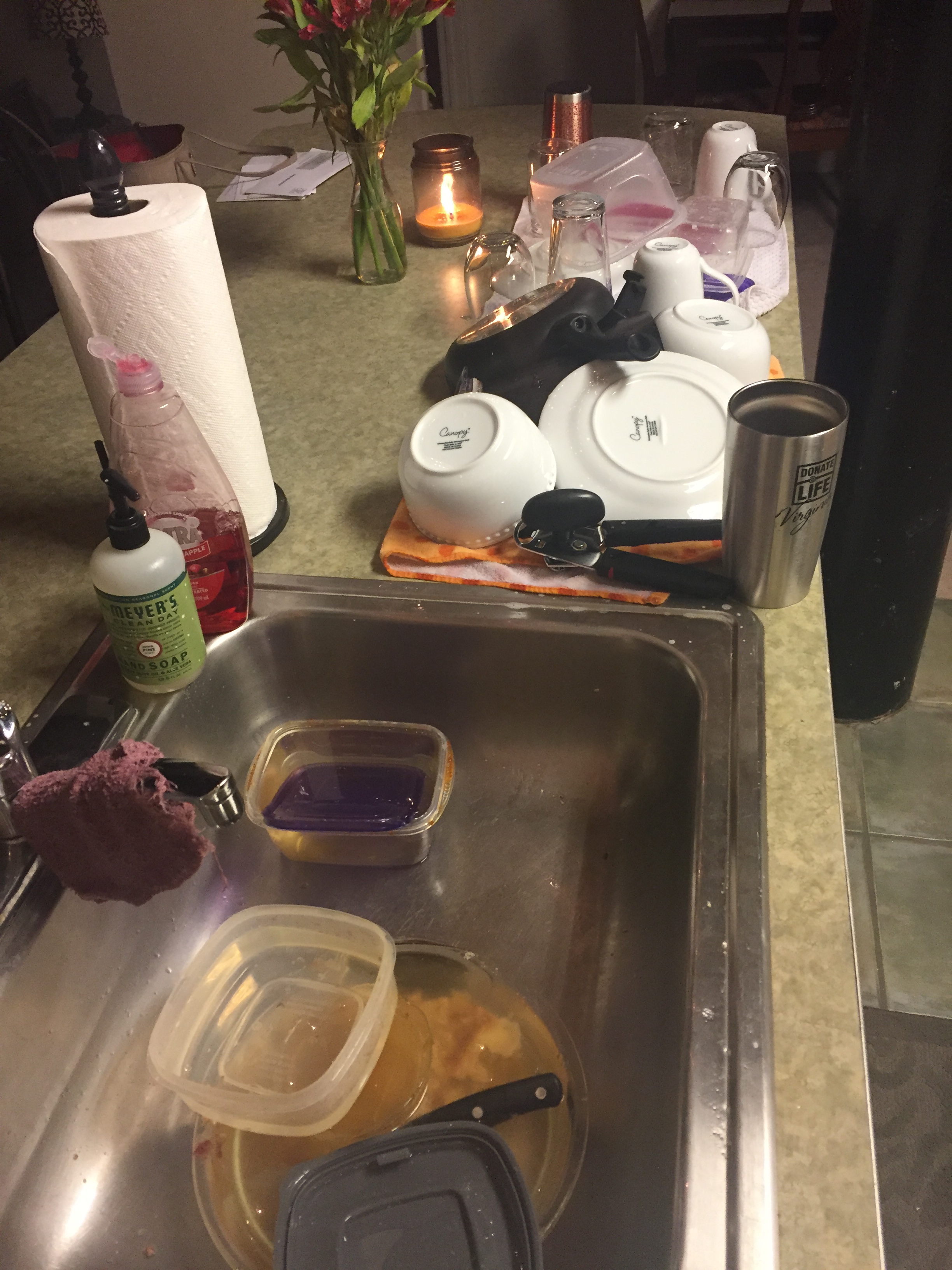